The end of the Schmitt presidency

In light of last week’s events, President Pál Schmitt’s resignation on Monday came as a surprise. 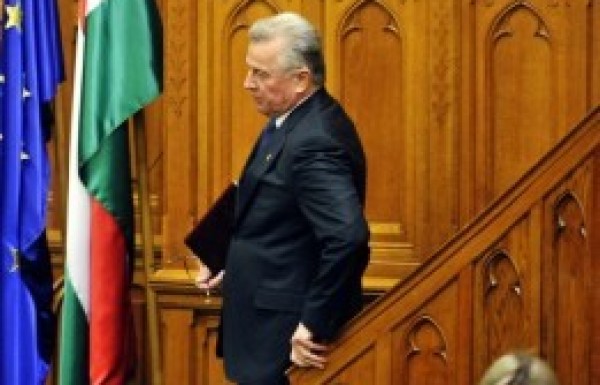 In light of last week’s events, President Pál Schmitt’s resignation on Monday came as a surprise. The pressure on Schmitt and Fidesz had been substantial, of course, but both appeared determined to sit the plagiarism scandal out. Whatever hopes Fidesz had for a Schmitt presidency, the current occupant of the Sándor Palace was no longer likely to realise them. With SOTE’s decision to strip him of his doctoral title, Schmitt had been permanently damaged and the era we termed the quiet presidency was over. Tortuous as it might have been, Fidesz may use Schmitt’s belated resignation to try to claim the moral high ground. The question now is what this means for future plagiarism scandals and whether the new president will also bring a new strategic approach to the office.