Although political and other types of discrimination are severely prohibited by Hungarian laws, and freedom of expression is a right laid down in the new constitution, it is not uncommon for the Hungarian government to retaliate against those with opposing views – highlights Policy Solutions in its new analysis.

Policy Solutions examined the various forms of political discrimination against those Hungarians who have been opponents of the government’s politics in the last few years. The case studies showed that dismissal from the workplace, elimination of state subsidies for NGOs, targeted inspections by the tax authorities, disqualification from state tenders, destruction of the results of years of hard work, exclusion from public media, and becoming the target of a national smear campaign are all among the political discrimination toolkit of the government.

The analysis overviews one aspect of the Hungarian illiberal democracy through case studies and interviews: The political discrimination faced in recent years by those Hungarians who have been opponents of the government’s politics. Though there is a good chance that most instances of political discrimination do not make it into the Hungarian media, Policy Solutions still managed to bring case studies from virtually all of the main “points of contact” between the government and citizen: the judiciary, the media, education, local government, agriculture and the third sector.

In theory, the Fundamental Law (Constitution) of Hungary guarantees all the rights to freedom of speech and political expression that characterize a Western democracy. Moreover, the constitution specifically highlights that one of the greatest crimes of the communist leaders – imprescriptible, in the words of that constitution – was differentiating people based on their political views. But in Hungary the devil is in the detail: in practice, state institutions often discriminate against people who are critical of the government.

The most glaring example of the government’s behaviour is the Norway Grants case, which ruined the leaders and employees of organizations focused on public good just so the government could use funds received from Norway for its own ends and conduct financial warfare against those who do not share its views. Similar cases appeared in agriculture, where politically based land redistribution and political revenge against a former Fidesz state secretary destroyed the country’s foremost, 452-hectare organic farm and closed the unique Environmental and Land Management Institute which the state secretary previously had created and developed over the course of 24 years.

Though the media is subject to political battles everywhere, governmental pressure on the press is palpable almost everywhere in Hungary. In public media, labour union leaders have been removed for their professional views and reporters have been fired for posing slightly uncomfortable questions to the prime minister. The governmental pressure extends to media outlets in private ownership as well. As a result, notable media outlets have fired journalists who have raised “inconvenient” questions about the government’s policies.

Of course, pockets of freedom of varying sizes continue to exist in Hungary, and we cannot speak of a dictatorship – underlines the Policy Solutions analysis. The courts and the Equal Treatment Authority often come down against the government. This shows, on the one hand, that the state has indeed politically discriminated against individuals and organizations, and, on the other, that some parts of the judiciary have maintained their relative independence. Notwithstanding this, there was a case where the European Court of Human Rights in Strasbourg had to deal with the case of András Baka, the former president of the Hungarian Supreme Court, and came to the decision that he had been removed from his office for political reasons.

Overall, the ruined lives of the people presented in the case studies – their lost work, their bankrupted businesses, and their destroyed reputation – are perhaps the best illustrations of why the protection of human rights and the prevention of political discrimination are so important in every instance.

The analysis– including the case studies – can be downloaded from here: https://goo.gl/Fwymut 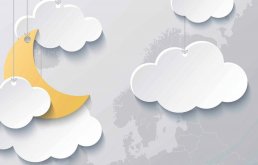 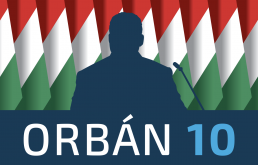 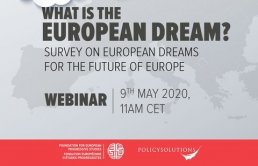